A Corporate Retreat, or Matrimonial Home? 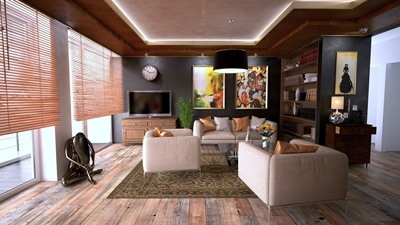 When a new client arrived for our initial consultation he seemed sullen and distracted. I asked what he was thinking about. He sighed and explained how he always believed that what was held by his company belonged to the company and what was used by the family were family assets. He had a group of advisers including tax accountants, an executive coach, and others whom he felt were looking out for his best interests.
And the part which was troubling him so? He feared that the corporate condominium was really a matrimonial home and he would lose it. How had his two worlds collided when he separated from his spouse?

A matrimonial home is “every property in which a person has an interest” and “was at the time of separation ordinarily occupied by the person and his or her spouse as their family residence…” http://www.canlii.org/en/on/laws/

“Property” is given a broad definition by the family law courts. For example, a matrimonial home may include the whole farmland where only a small part of the residence was occasionally used as the husband’s business office. Slightly different circumstances will yield a different result. Had the farm property been purchased with inheritance funds and kept separate from family members it would not be considered to be a matrimonial home.

The term “ordinarily occupied” has been defined to mean normal use without restricting that use to constant daily use or uninterrupted use. A cottage shared by various family members who could escape to use it during the summer months and late into the fall was considered a matrimonial home.

In this particular case, the client’s corporate retreat was a large condo in Florida regularly used for quarterly business planning meetings. The accountant was able to use the condo as a business expense. Fair enough from a corporate perspective but from the family law perspective, more questions needed to be asked.
The answers revealed other uses of the condo. It was a weekend getaway for the client and his family over the winter months as well as a stopover for Caribbean cruises by his adult children. His spouse used the condo for a ‘girlfriends’ weekend’ whenever he had buying trips to South African or Asia. He admitted that he wasn’t sure about how many times his spouse and daughter had ventured south for some time together.

The client recalled that perhaps over the past couple of years the top-earning employees had won a weeklong trip to the condo through the bonus incentive plan. The targets were high so the prize had not been awarded often.  There may have also been some extended family members using the place during the off-tourist season.
Clarification was also offered about the business retreats. While the planning meetings were organized over a three day week, only the client used the condo for his accommodation. The other members of the C-suite attending these retreats were put up at a nearby hotel.

The client personally owned a 50% interest in the condo while the other 50% was held by the corporation of which he and his spouse were the only shareholders.
As the condo was regularly and consistently used by him and his family as part of their normal family life including at the time of separation, the condo was a matrimonial home. Through the equalization of net family properties, the client’s wife was entitled to one-half of his personal interest (25%) as well as her 25% share as a shareholder.
If these spouses were in a common-law relationship, the wife’s interest may be limited to the 25% corporate interest.

In this case, the spouses decided that the husband would transfer his 50% interest in the condo to the corporation so that they both enriched their individual interest in the property.  Title was taken as tenants in common so that neither would be entitled to receive the interest of the spouse upon one predeceasing the other. They also decided to continue their use of the condo for both personal and corporate purposes through a flexible timeshare arrangement.

Once each client understood the value of the use of the condo to the other, the options opened up of how to preserve the corporate retreat and tax value and permit everyone in the family to enjoy using it. The client’s initial anxiety slowly turned into settled contentment.