Crisis during Negotiation of an Agreement 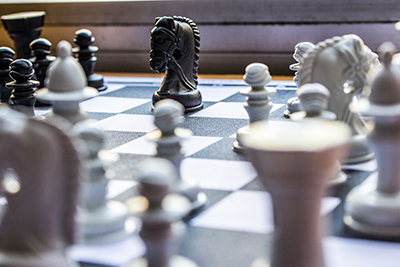 Whether clients are married or cohabiting, separation is an emotional and often stressful time. Once the terms of an agreement have been reached on how the negotiations will proceed -collaborative approach, mediation, or traditional negotiations – from there it’s a matter of gathering all the relevant documentation to prove ownership and value.

What happens when one spouse or partner unexpectedly dies before an agreement has been signed? This blog will offer a few considerations and in no way is this material to be considered comprehensive legal advice.

The law often imposes harsh deadlines to encourage decisions to be made quickly. Often these short term deadlines take advantage of recent memories, discourage litigation, and attempt to preserve evidence.

Family-related legislation recognizes that personal relationship while having an economic likeness to commercial legislation, need to be respected given their natural emotional component. It provides a period of six months for the surviving married spouse to decide an important choice.

Grieving takes over flooding the brain with emotion. The rational decision making brain can’t compete with the overwhelming feelings. And that’s a message to take care and allow the bundles of emotions to happen. Fighting it or denying the pain being felt thinking it would be best to make a decision will likely result in a decision regretted later.

Be alert to the possibility that a cohabitation agreement was entered into prior to marriage or common-law partners residing together. The agreement may provide that its terms shall continue if the spouses marry and / or subsequently separate.

There may be clauses in this agreement that describe how property is to be divided if there is a breakdown of the relationship. Read the whole agreement to confirm whether there are provisions in the case where one spouse predeceases the other after separation yet before a divorce is granted.

The Family Law Act in such circumstances, allows a surviving married spouse to choose between two options within six months of the death of their spouse (assuming that there was no prior signed domestic contract between the spouses):

Option 1) accepting the equalization of the net family properties: This is a calculation that equalizes the net value of the assets and debts each spouse owned at the end of the marriage. The calculation includes ownership of the assets and debts crediting property brought into the marriage, excluding specific types of property, and considering a sharing based on contribution to the value of an asset.  There may be restrictions on life insurance proceeds or a lump sum pension plan payment.  OR

Option 2) if there was a Will left by the deceased spouse: The surviving spouse may accept the bequests as prescribed in the Will. If the Will provides that the beneficiary spouse may receive property from both the equalization of net family properties and under the Will, the survivor is entitled to receive both.  If there is no Will, the options to be considered are found in Part II of the

It is strongly advised that anyone finding themselves in this situation should obtain independent legal advice.

Common-law partners do not have the same rights as married spouses. The Succession Law Reform Act applies to two persons “who are married to each other” or “entered into a marriage that is voidable or void…” These are the same words used to define spouses under the Family Law Act.

Common-law partners look to the legal ownership of the property to decide what happens when one partner predeceases the other before a separation agreement is negotiated and signed. When an asset is owned in joint tenancy there is an automatic transfer in the law of the interest held by the deceased to the surviving owner. The survivor will own 100% of the asset upon proof of the deceased co-owner.

There are other avenues to challenge interest in an asset legally held by the deceased partner.  See my page on Property Sharing for Common Law Partners. Advancing a provable trust claim can validate the worth of a contribution to an asset.  For example where the surviving spouse managed the household, alone raised the children from birth, assisted in operations at her spouse’s family business but did not receive any compensation for her work, she may be entitled to a share of her deceased spouse’s interest in the business.