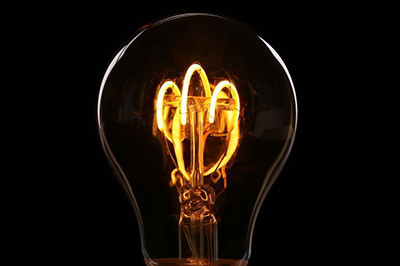 Canada’s Divorce Act provides for retroactive spousal support with direction as to calculating duration and quantum of support from the Spousal Support Advisory Guidelines. When spouses, common law or married, separate it commonly provokes a financial or economic crisis. Combined incomes paying for household, family, and personal expenses are now stretched to providing for two households, on separate incomes. A claim for child support will often be followed with a note to consider spousal support on a list to discuss with the family law lawyer.

What is Retroactive Support?

When spouses end their cohabitation or physically separate upon marriage breakdown to reside in independent households, that date is the beginning of a new journey for every family member.
It is also the date when a claim form and payment of support begins. The couple who secured in a domestic contract a negotiated support obligation to commence upon their physical separation will have no claim for retroactive spousal support.

A claim for retroactive spousal support arises when an obligation to pay support was not honoured or satisfied for any period of time prior to when an agreement was decided or court order for payment was granted.

Whereas dependent children are without question entitled to benefit from child support, the entitlement to spousal support is not automatic. It’s a complicated claim that requires attention to a lot of details. Among the many factors to weigh is the consideration of both spouses’ income histories, the financial ability to maintain the accustomed lifestyle during marriage, ability to pay, the recipient’s need for support, the health of the spouse in need. A large variance in income may not be sufficient to entitle the lesser income spouse to support.

Overcoming the threshold issue of entitlement brings the issue to the negotiating table or to court. If the claim is brought to court, it is at the judge’s discretion whether to allow the claim to advance in the litigation process. In negotiation, the process only moves forward if there is an agreement to entertain the issue of retroactive support.

The expectation to Act vs Refusal to Provide

The overriding expectation is that a spouse in need having knowledge that separation was imminent would act to protect that support interest as soon as possible, sooner rather than later.
A delay on the part of the recipient to seek the support they may be entitled to receive will be reviewed. If the delay was due to an extended illness, lack of funds to initiate a claim, or fear of retribution for making the request, the issue ought to be allowed to be pursued to conclusion.

The entitled spouse request for financial provision from the other may be met with a refusal to pay, denial of entitlement, or a transfer to third parties of income-producing assets from which support payments could be made. High-income earners may argue that payment of spousal support is tantamount to a transfer of wealth which was already satisfied through equalization of net family properties complying with the legislated property regime for married couples.

The conduct of the payor will come under scrutiny should the entitlement to receive support be proven and the payor failed or refused to act.

If the retroactive spousal support claim has merit, how will it be paid? An additional amount each month to be paid alongside the prospective support payments until the total retroactive obligation amount has been paid in full? Or by way of a lump sum payment? The recipient who is paid the support in regular installments faces a tax obligation whereas no tax is payable when the support is received as a lump sum final payment. Should a tax discount be applied for lump-sum retroactive spousal support?

Making sure to add the issue of retroactive spousal support if physical separation happened some time ago with your lawyer when it’s time to start discussions about getting the divorce.
The negotiation of a claim of retroactive spousal support is a difficult area of family law. For more information on this complicated legal issue proceeding using either of Collaborative Family Law or Mediation approaches, please contact my office.