Silver Separations: No Stigma, No Divorce 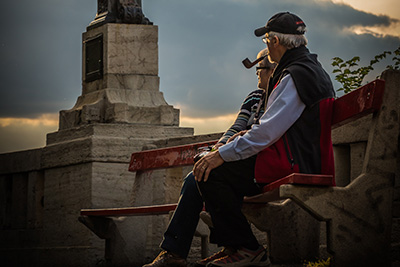 A recent cluster of new clients isn’t simply seeking information. They’re designing their new future, one where their interests dominate. They are selecting a hipper part of town away from the suburbs for their new downsized home. They are arranging shopping trips for the big-ticket items they have always coveted. And, in their minds, they’re doing it their way.

Lack of Stigma Frees the Spirit

Whether abiding by their parents’ wishes, abiding by their faith, or the omnipresent pressure of their peers, marriage was for life. The sanctity of marriage held high and was not to be disturbed for fear of ostracism from family, colleagues, and the community.

When the divorce was first permitted in Canada, the legislation required spouses to live separate and apart for five years before an application to the court to dissolve the marriage would be permitted. This was later amended to three years and since 1985 the period of separation has been and will likely stay at a one-year duration.

Attracting social stigma for a decision to divorce one’s spouse has changed – a lot. Many of my senior family law clients have seen their own adult children divorce.  No matter the age of the spouses, marriages as little as a few hours old (no consummation had taken place) have been dissolved by civil annulment. Marriages lasting from a few months to the infamous ‘seven-year itch’ have ended due to a mistaken choice in a spouse to ‘everybody’s doing it; we should too’ mentality.

These clients’ share in their neighbours’ or good friends’ bewilderment at the little they know about the person they are married to once the children leave the nest. There remains after years of child-rearing few, if any, interests in common.

Noting the scarcity of disapproval caused by separations and divorces within their circle of friends, these clients are experiencing a new sense of freedom.

“It feels as if a huge door has been opened in front of me”.
“My heart is racing with anticipation of travelling where I want to go“.
“If my kids did it, so can I!”

These sentiments are as real and valid as are the true prospects for financial independence after decades of pension contributions. Complaints of living frugally for decades, what is the reason to continue to parse out modest sums when there are significant resources in reserve? With long care insurance programs in place and income replacement insurance available, some clients are declaring “enough!” The children have been provided for and RESPs are in place for their university education.

Is Divorce the New Rite of Passage?

Has society embraced divorce as a rite of passage? Or is the Boomers demographic bringing up the numbers as they age? The Centre for Family and Demographic research (2013) led by Susan L. Brown of Ohio, USA has undertaken research on the subject. Her findings show a doubling in the USA divorce rate over the past 40 years. She also found that the senior adults who divorce come from marriages of less than 10 years.

Here’s the interesting piece: not all the new clients wanted to separate. There was interest to discuss options other than a marriage counsellor which wasn’t a palatable option for some spouses.
Dr. Maryanne Vandervelde, a psychologist, offers a strategy for those senior adults who want to stay together in a meaningful relationship during retirement http://on.wsj.com/1isjmXS. Private time apart to explore personal interests with the advantage of spending time together for sharing common interests.  Much akin to the parallel play children exhibit in a sandbox: each is engrossed in their own play with their own toys. They check in with each other from time to time.

This strategy supports independence and togetherness; freedom and companionship.

Whether cohabiting partners or married spouses, separate incomes and investments nurture a personal dream of independence while respecting their long term marriage. Such provisions can be set out in domestic contracts. Although cohabitation agreements and marriage contracts are really forms of separation agreements, they can provide specific terms for clients who demand a separation of assets which will continue through to separation, if down the road that’s where the road turns.