When is a Common Law Partnership ‘Official’? 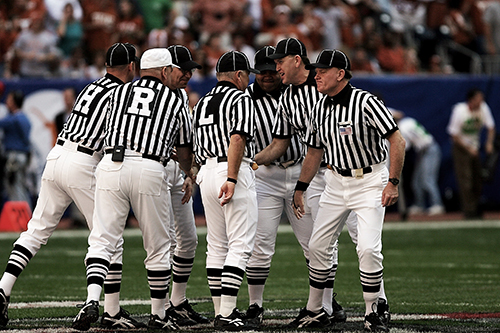 From the nationwide 2011 census, Statistics Canada confirms that 17% of Canada’s couples enjoy a common-law relationship. Of that amount, 3% are same-sex partnerships. Canadians recently completed a new nationwide census and I suspect that the survey will demonstrate the total number of common-law partnerships is significantly higher today.

Essential elements of a common-law relationship

The need to prove whether a couple has established a common-law relationship relates to qualifying for statutory or legislated rights such as the sharing of value of certain types of property or for a benefit enjoyed by their partner. Examples of both federal and Ontario statutes are listed below.

It is interesting to note that some statutes’ definitions of common-law partnerships include a requirement of cohabitation and a conjugal nature of the relationship, while others simply require cohabitation is an element. Black’s Law Dictionary defines cohabitation as Living together; living together as husband and wife. Cohabitation means having the same habitation. not a sojourn, a habit of visiting or remaining for a time; there must be something more than mere meretricious intercourse. http://thelawdictionary.org/cohabitation/

Here are the critical elements constituting a common-law relationship and the setting right of some popular myths.

You will need to file a Marital Status Change Form with Revenue Canada indicating that you are “separated.” There is no apparent timeline from when self-identification can be changed to ‘single’ status. This document provides for other automatic changes unless Revenue Canada is otherwise notified.

Under Canadian federal legislation, applicable across the country, the definitions of the common-law partnership include a one-year conjugal cohabitation.

Common-law partner means a person who establishes that the person is cohabiting with a member of a pension plan in a relationship of a conjugal nature, having so cohabited for a period of at least one year

In the domestic context, the predominant legislation is the Family Law Act which, among other matters, deals with financial support for spouses and children. The Succession Law Reform Act is another domestic issue statute which, in part, deals with certain implications upon the death of a spouse in a common-law relationship.

“spouse” means a spouse as defined in subsection 1, and in addition includes either of two persons who are not married to each other and have cohabited,
(a) continuously for a period of not less than three years, or
(b) in a relationship of some permanence, if they are the natural or adoptive parents of a child. (“conjoint”)

The Family Law Act provides for a property sharing scheme, the equalization of the value of the net worth of each married spouse. There is no equivalent statutory scheme for common-law spouses.

“cohabit” means to live together in a conjugal relationship, whether within or outside marriage; and
“spouse” means a spouse as defined in subsection 1 and in addition includes either of two persons who,
(a) were married to each other by a marriage that was terminated or declared a nullity, or
(b) are not married to each other and have cohabited,
(i) continuously for a period of not less than three years, or
(ii) in a relationship of some permanence, if they are the natural or adoptive parents of a child.

Lorisa Stein is a senior family law lawyer highly experienced in advising clients on common-law partnership issues in Ontario. To schedule a confidential consultation, please fill out a request on the contact page, call her on her direct line (416) 596-8081 or email lorisa@lorisastein.com.