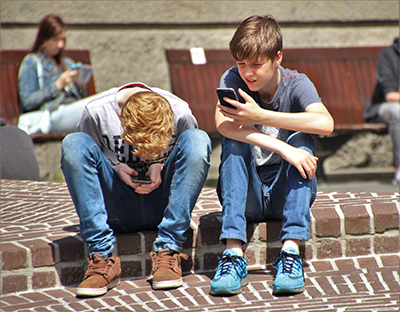 I recall a client telling me that we didn’t have to discuss the needs of his eldest son because he would be spending most of his time with his friends and often sleeps over with one of them.  The father felt disappointed but he confessed that his son will soon move away so the family should be focusing on the younger two siblings.

I was surprised. There wasn’t much of an age difference between the three children and all were teenagers. There was a wide span in interests from sports to gadgets to academic pursuits as with most children. These kids had never lived apart from one another. The eldest had cared for the younger ones when the parents had to work late.

And the father had no idea what his firstborn son wanted after his parents had separated.

A Child’s grieving, too

The parents are in an emotional flux carrying their workload and caring for all their children, they may forget that the adult child’s view about what’s going on is from a young inexperienced lens.

The decline of a teen’s parent’s health, death of one parent or financial pressures often mean an ageing parent will require increased social and emotional support from their adult family members. This support may be a regular visit to accompany them to a grocery store, assist with household expenses preparation with meals, cleaning, or last-minute transportation requests. Many adult children today are uncomfortable and unskilled at how to effectively interact with their ageing parents and with decisions that will affect their life and their parent’s life.

For adult children, life-long conflicts and unresolved issues from childhood and adolescence can mean continuing conflicts in later life. A surprise visit from a separating parent may trigger or reactivate conflicts from decades earlier and revive those negative feelings. Being called upon to provide emotional support to an ageing parent can be a particularly difficult transition between a parent and their eldest adult children. Teens aren’t comfortable with their own destiny let alone understanding the confusion their parents may be feeling. Warm feelings of close family relationships may collide with the parent’s anger and loss of their identity and family role.  Demonstrating an alliance to one parent over the other or having to decide where they will be living cannot be easy decisions for a teen to make.

Adult children are often keen to tell their story. As a full-time student immersed in studies they likely have no funds to ‘vote with their feet’ to rent their own living space avoiding the discomfort of home. They can be seen as a vulnerable group dependent on their parents for their welfare, education, and future. And yet, their parents’ lives are in turmoil too.

Does age factor into the discussion of whether a teenager is entitled to address what they want? There is no magic age when a teenager becomes a considered participant in their own future. The courts have followed the wishes of children as young as 13 years old.

Children are entitled to express their views and preferences about their residence and interaction with their parents. About their choice of college or university. The responsibilities of growing up and contributing to the family’s expenses and contributing to their own costs. The child who demonstrates maturity, intelligence, and can clearly express themselves have an opportunity to be heard. One of the common concerns of the spouses and the judge, if the matter is in litigation, is how to ascertain whether a child has been influenced by a parent to favour them over the other parent. The children who express their own views would be able to see the acts of favouritism for what they are.

In the collaborative family law approach: Listening to a teen’s voice

Involving a parenting specialist is a way to allow the teen to express his or her wishes and preferences in a safe confidential environment. The specialist meets jointly and then separately with the parents to gain perspective on each parent’s concerns about the teen, and a picture of the shared vision the parents’ have for their adult child. Then in turn each parent brings the teen to a session with the family specialist. This balances and validates the information provided earlier.

The adult child will be asked non-suggestive and non-invasive questions. Questions will range from living preferences with each parent, comfort and security, even an informal commentary about each parent’s parenting skills. What is important, why an arrangement with the parents has worked or not worked, and what the future would look like for the teen.

The parenting specialist will meet with other care providers to the teen such as teachers, sports coaches, and counsellors. If health concerns have been raised, other tests and interviews may be held. The specialist will present feedback and recommendations to the parents, their lawyers and other collaborative team members for discussion and decisions at a group meeting.

The mediator’s approach may be to meet the teen separately with each parent. This allows for interaction between the teen and parent in front of the mediator and to hear the teen’s point of view. Once the adult child’s wishes are understood, the mediator takes the information to a joint session of the parents to share what has been learned and integrate this into the parents’ plans for the adult child. If the teen is under medical care or unable to express his or her views and preferences, other professionals involved with the older child may be asked for input and contribute to the pool of information to better provide for the teen,

A child is entitled to be directly involved in the family law proceedings about their own future welfare. The child’s views are one consideration of all the relevant evidence available. It is each judge’s broad discretion to interview the teen in chambers when other methods of determining what is best for the child may not be ascertainable or unavailable. The interview is recorded with the adult child’s legal representative present. Some judges prefer that the teen’s legal representative such as the Ontario’s Office of the Children’s Lawyer act as counsel for the child and represent the teen’s views in open court.

Hearing the adult child is not only respectful and welcomed by the teen, it is also the law where the teen has the capacity and maturity to offer their views and preferences.